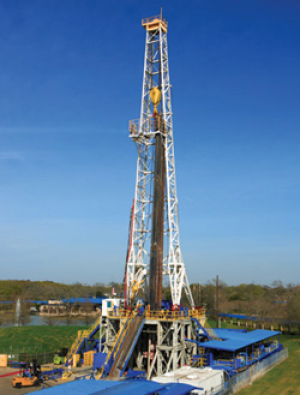 The Well Logging Group is dedicated to the science of recording the attributes of oil wells, often as they are being drilled. Understanding the characteristics of earth formations around the wells, which run thousands of feet deep, allows companies to extract oil and gas from the earth as efficiently as possible. Given the high cost of oil exploration, efficient exploration and drilling helps keep the price of gasoline, heating oil and numerous other petroleum-based products in down.

The Well Logging Lab, which gets much of its funding from these companies, manages the world's only Standard-API nuclear logging calibration facility.

In the Subsurface Sensing Technology Group researchers are dedicated to developing sensors for various applications including sensors that evaluate surfaces. Often, technologies developed by the group are used to look beneath road surfaces for defects or to check for proper construction. In recent years, the lab has focused on subsurface imaging using electromagnetic methods, such as ground-penetrating radar and laser sensors.

When viewed in terms of grants received, 2008 was a highly successful year for both the Well Logging Group and the Subsurface Sensing Technology Group. The lab received grants from industry, the National Science Foundation and the Texas Department of Transportation totaling approximately $650,000.

The lab also published several journal and conference papers in 2008 and Professor Richard Liu served as a member of  the Committee on Radiation Source Use and Replacement for the National Academy of Science.